Originally from Asia, this plant, traditionally used as a spice in cooking, has many benefits for our health. It would be wrong to do without!

To date, more than 11,500 scientific studies carried out on turmeric have highlighted different properties and positive effects on health.

Gastrointestinal protector and powerful anti-inflammatory, turmeric reveals many other virtues than its simple food use. It treats digestive disorders, soothes pain due to gastritis and other inflammations of the intestine, and plays a protective role for the stomach and liver. Turmeric could well prove, moreover, very effective in the prevention of certain cancers. Its rhizome is the subject of extensive research.

The medicinal benefits of turmeric are not inhibited by heat. On the contrary, this spice is more effective after being slightly heated. And for it to be properly absorbed by the body, it is better to combine it with pepper, one of the key molecules of which – piperine – increases the absorption of curcumin by 154%!

To avoid deterioration, keep this spice away from air, in a metal box or an opaque glass bottle. Likewise, it is better to get it in grocery stores rather than in bulk on the market, where it sometimes hangs out on the shelves for months. The best: buy it fresh (some organic stores, etc.), then let it dry and grind it yourself.

The benefits of turmeric are proven, including its powerful anti-inflammatory effects. Find out which parts of the body benefit the most.

This spice can help you lose weight. According to a Tufts University study, curcumin (the predominant polyphenol in turmeric) prevents the growth of adipose tissue in mice, as well as cell modeling, ultimately leading to weight loss.

Two groups of mice ate diets high in fat. One of them also took 500 mg of curcumin per pound of body weight, and maintained their weight, unlike the other group. According to Patricia Bannan, nutritionist and expert in healthy cooking from Los Angeles, “it is not enough to simply ingest more turmeric to lose weight. However, this spice can reduce the inflammation associated with obesity, and slightly stimulate fat loss. ”

She adds that it is best consumed in foods, such as curry. Before taking extra, ask your doctor for advice. This substance may not be compatible with your prescription drugs.

The health benefit of turmeric is the presence of curcumin. This polyphenol is a kind of antioxidant that gives the spice its anti-inflammatory properties. Several studies have shown that curcumin decreases pain, stiffness, and swelling in joints caused by arthritis.

The American Arthritis Foundation suggests doses of 400 mg to 600 mg three times a day, in the form of turmeric powder capsules, to soothe these symptoms.

Jonathan Valdez, the owner of Genki Nutrition and spokesperson for The American Academy of Nutrition and Dietetics in New York State, warns that more than 500 mg of curcumin (1 g of turmeric contains about 40 g of curcumin) could interfere with the absorption of iron: it plays an essential role in the production of red blood cells, which carry oxygen in the blood.

Jonathan Valdez points out that a curcumin supplement should be accompanied by black pepper to aid its absorption.

3. Turmeric is Good for the Brain

Curcumin, together with turmerone, another component of turmeric, is said to have positive effects on the brain. “It is a promising molecule for regenerating damaged brain cells in neurological diseases.

More particularly in Alzheimer’s disease: it destroys the protein plaques responsible for the degeneration of certain brain cells (by hampering the transmission of information) while preventing their formation, ” explains the naturopath.

4. Turmeric can Improve your Mood

We know that curcumin fights inflammation in the body. This, in turn, can act on depression. A study of 56 severely depressed people demonstrated the calming effect of 500 mg of curcumin, taken twice a day for eight weeks.

Patricia Bannan adds that studies show that curcumin’s effectiveness in reducing symptoms of depression is even greater in people who are already taking antidepressants.

The World Health Organization has recognized its positive action against digestive disorders. “In addition to soothing stomach aches, it optimizes disturbed biliary functions, which can, in particular, be the cause of constipation, and it improves the quality of the permeable intestinal mucous membranes”, specifies Christine Calvet. Consumed daily, turmeric reduces inflammation and has a preventative effect on ulcers.

6. Turmeric May Lower Your Cholesterol Levels

Patricia Bannan points out that the effects of turmeric on cholesterol levels are sometimes contradictory. “Turmeric seems to reduce the level of blood fats called triglycerides.”

Excess triglycerides appear in the blood when you eat more calories than you eliminate. Over time, they increase and associate with bad cholesterol (LDL), causing hardening of the arterial walls, as well as an increased risk of stroke, heart attack, and cardiovascular disease.

The dosage is more or less the same for everyone, this is a gentle therapy with turmeric.

Often, I am told, “I consume turmeric, but it does not bring me anything healthy”. The reason is that we are told to eat turmeric, but no one really tells us how or how much to take and in what form.

Combine the rhizome powder with a few pinches of pepper and if possible a little fat: olive oil, butter, etc.

To relieve inflammation, it is considered necessary to take the equivalent of 200 mg to 400 mg of curcuminoids, 3 times a day, which corresponds to 3 times the stated intake.

You can also boil a turmeric root for 3 minutes, then let the decoction infuse for 10 minutes. Drink 2 or 3 cups a day.

In infusion, it is interesting to combine turmeric with lemon, two complementary ingredients.

To relieve inflammation, it is considered to take the equivalent of 200 mg to 400 mg of curcuminoids, 3 times a day, which corresponds to at least 3 g of turmeric, 3 times a day.

A good way to enjoy the benefits of turmeric is to drink golden milk, this drink with coconut milk, coconut oil, turmeric, and pepper, is a concentrate of benefits.

This drink allows a better bioavailability of turmeric because the spice is associated with pepper and a fatty substance.

In the same style, but rather used against insomnia, discover the recipe of moon milk or moon milk, another Ayurvedic drink with turmeric.

A natural remedy used in Asia since the dawn of time, it is starting to arrive in the West thanks to the development of alternative medicine: it is turmeric honey or golden honey!

It is a real panacea, we use it in prevention by eating a teaspoon every morning on an empty stomach, or in a curative way as explained in our article dedicated to this spicy honey.

It is a pleasant way to consume turmeric because its sweet flavor covers the taste of the rhizome a bit, and it is quite possible to add other ingredients like ginger or vanilla to it.

The downside of turmeric is its low bioavailability, which means that if you want to heal yourself with it, you have to consume large amounts!

By combining turmeric longa with black pepper, curcumin is better assimilated by the body. Piperine interacts with curcumin, and the properties of turmeric are increased, some say by 1000.

This is the reason why in the Pakistani tradition turmeric is mainly used in mixtures with other spices and always pepper.

I often say that piperine activates curcumin. In addition, it is advisable to combine turmeric and pepper with a little fat, the latter also allowing the spice to be better assimilated by the body.

Turmeric is fat-soluble, by mixing it with fat, its bioavailability is increased.

Without this, our intestine badly assimilates the molecules of curcumin, too large and too easily filtered by our metabolism.

In what proportions to combine pepper with turmeric?

Generally recommend a ratio of 1 to 9: 1 dose of pepper to 9 doses of turmeric.

It should be noted here that depending on the desired effect, it is possible, even recommended, to add other spices to this mixture. In this case, I read a method that I like very much, it is the 9-5-1 dosage: 9 doses of turmeric, 5 doses of another spice, and 1 dose of pepper.

Mix the spices well before consuming them, this will be all the more effective.

To take advantage of its action, you can prepare a turmeric mask with oil, milk, and flour. You can also simply make a paste of turmeric by mixing the powder with a little water and apply to the area to be treated. This is how you prepare toothpaste with turmeric.

Alternatively, drip water over turmeric powder while mixing to form a turmeric paste. Apply it as a poultice 3 times a day.

There is also turmeric essential oil that can be applied to the skin.

Precautions for Use of Turmeric

If turmeric has never presented harmful effects, as a precaution, consumption in high doses is not recommended for pregnant women. Moreover, always in high doses, turmeric can cause irritation of the mucous membranes; therefore, people with gastric ulcers should use it with caution.

Turmeric is the subject of many scientists. Already in 1987, clinical trials in China showed that the rhizome can lower cholesterol levels… But what especially interests researchers now are the benefits of this plant in the prevention and treatment of certain cancers, particularly of the lungs, breast, prostate, and colon.

The scientific community is simply part of an observation: Asian populations are on average eight times less affected by these pathologies. It was then shown that the consumption of curcumin for several months regresses precancerous lesions such as intestinal polyps.

Other studies have shown that combined with chemotherapy, curcumin can stabilize colorectal or pancreatic cancer, at daily doses of 8 gr. This substance would finally increase the effects of radiotherapy and chemotherapy while limiting their side effects.

Turmeric is of interest to many other medical specialties, such as gastroenterology, rheumatology, and neurology; clinical studies should be carried out in the coming years. Research also concerns Alzheimer’s disease.

Recognized as an anti-inflammatory, turmeric contains a polyphenolic pigment that has many other virtues than that of coloring curries and other spicy dishes. The latter, curcumin, is indeed both cholesterol-lowering, hepatoprotective, and antioxidant.

The benefits of turmeric are evident in the treatment of digestive disorders as well as in the relief of painful attacks due to inflammation of the digestive system.

Turmeric is truly a spice that lives up to its reputation: the spice of long life! And this is only the beginning, the studies, always more numerous, continue to be carried out in the laboratory, approving more and more what traditional medicine teaches us.

This article is not written to convince to take turmeric all over the place, but rather to clarify the claims about this spice, about which they have often said nonsense. My final advice will be not to consume it as a medicine, but to integrate it into your daily cooking to take advantage of its preventive properties on a daily basis. 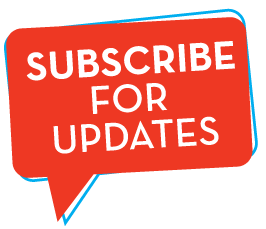